The Kennebec Valley Garden Club, Civic Activities/Garden Therapy Committee, has been assisting and working with existing plantings at the VA Maine Health Care Systems Togus facility since the fall of 2014.  Each spring the committee members assemble at Togus and clean the gardens and prepare the beds for planting of new plants.  The committee has been expanding existing gardens by moving and thinning existing plants.  Every fall the committee helps to put the gardens to bed for the winter. 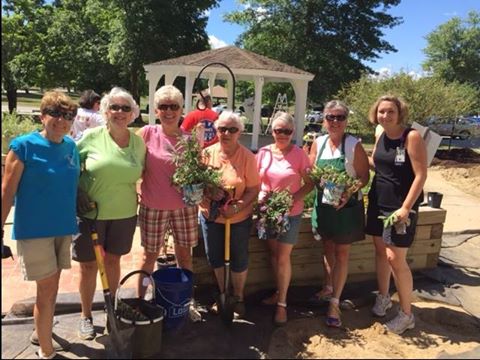 Focus has been on the gardens outside of Building 207 and the Hospice Unit allowing them to become a focal point of interest and beauty at the entrance of the building and to make the area more comfortable for patients and family.  A raised bed vegetable garden is also one of the garden project 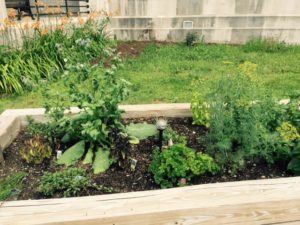 s of the committee which allows patients to have access to fresh vegetables during the growing season.

In early spring 2016 the Garden Therapy Committee was notified by Togus officials that Lowe’s of Augusta and Brunswick had decided to focus on Togus for their Heros Project for 2016.  The scope of the garden rehabilitation at Togus took on a whole new dimension.  Services of a landscape designer were now a reality and donations of garden items, plants and most importantly volunteers has allowed the areas to be enhanced with benches and paving stones.

On July 27, 2016, six KVGC members along with more than a dozen Lowe’s employees, Togus employees and other volunteers gathered to work on the expanded gardens.  This included planting of approximately 120 plants, shrubs and trees and spreading mulch in the entire area.  More cleaning of existing gardens was undertaken and mulching and rebordering of those gardens was completed as well.  The existing old wooden gazebo was painted and a rock surround was added to the cement base. 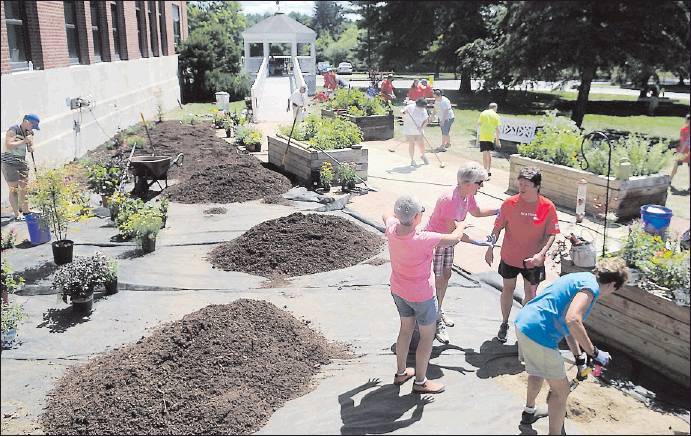 Staff photo by Andy Molloy
Workers from the Lowe’s home improvement stores in Brunswick and Augusta, along with volunteers from
the Kennebec Valley Garden Club, build gardens, a walkway and a trellis Wednesday outside the hospice
and geriatrics units at the VA Maine Healthcare Systems-Togus. The Lowe’s Hero program is expected
to furnish $5,000 in material along with an estimated 500 hours of labor for construction of the memorial
garden at the veterans hospital, according to Brunswick store manager Joe Shelton.
Kennebec Journal – July, 29, 2016

A celebration was held on September 17, 2016, marking the 150th year of the very first Veterans Administration hospital in the country,  Maine’s own VA Togus.  Kennebec Valley Garden Club was honored with a certificate of appreciation for work done by members at the Memory Garden. 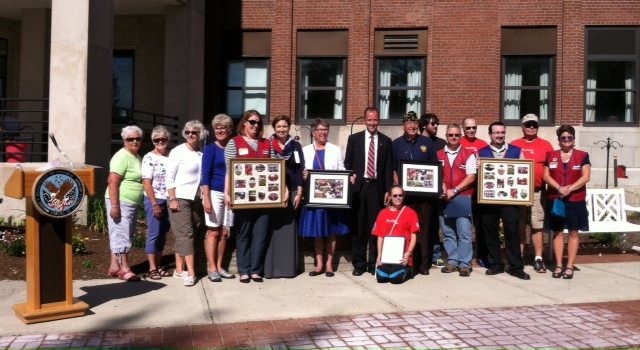 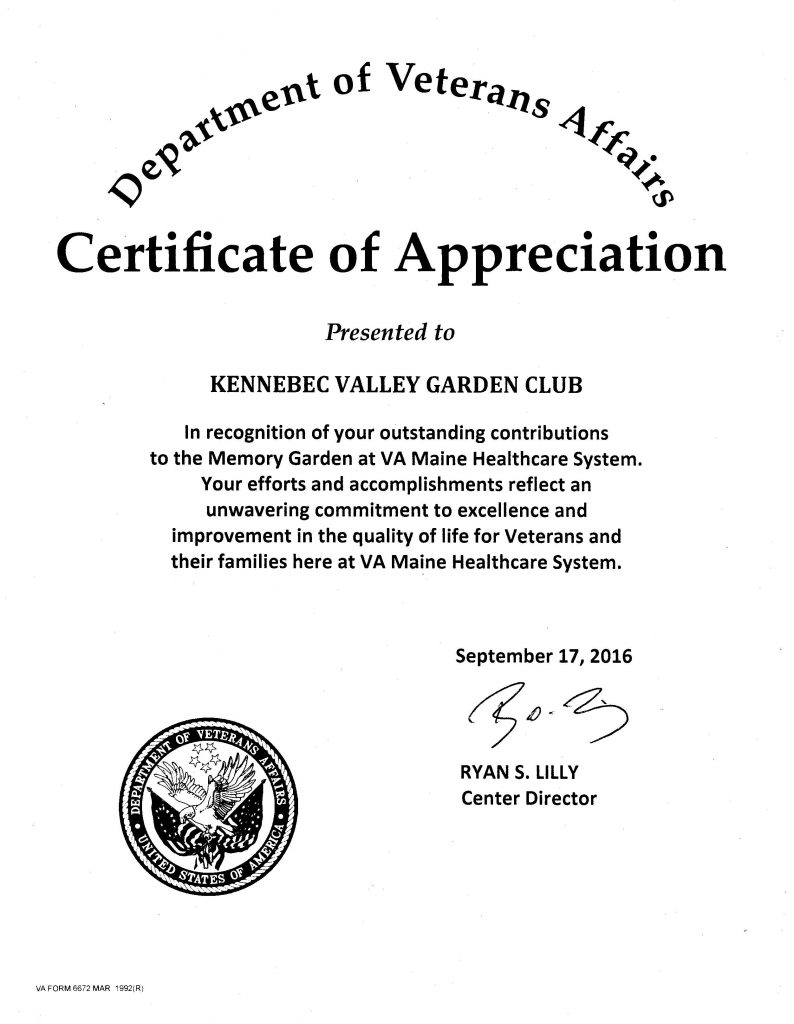